The purpose of this step is to come up with some sort of initial design for the aircraft wing. This would include span, chord and airfoil shape — as well as thickness of the wing. We’re going to be using expanded polystyrene (EPS) foam for the wing material since that’s all I have available. Ideally, I’d find something to laminate it with in order to reduce it’s Reynolds number.

Since I don’t know much about wing design, besides the guidelines we discussed in the last post, I’m going to use the help of a simulator. The specific one I’ll be using is NASA’s FoilSim III — which I found really surprisingly easy to use.

Note: It’s easy to use but it was a nightmare to setup. I had to create a Windows virtual machine (since I’m running a Mac) and install the Java SDK and disable all security settings before I could get the 15 year old Java applet to finally run. 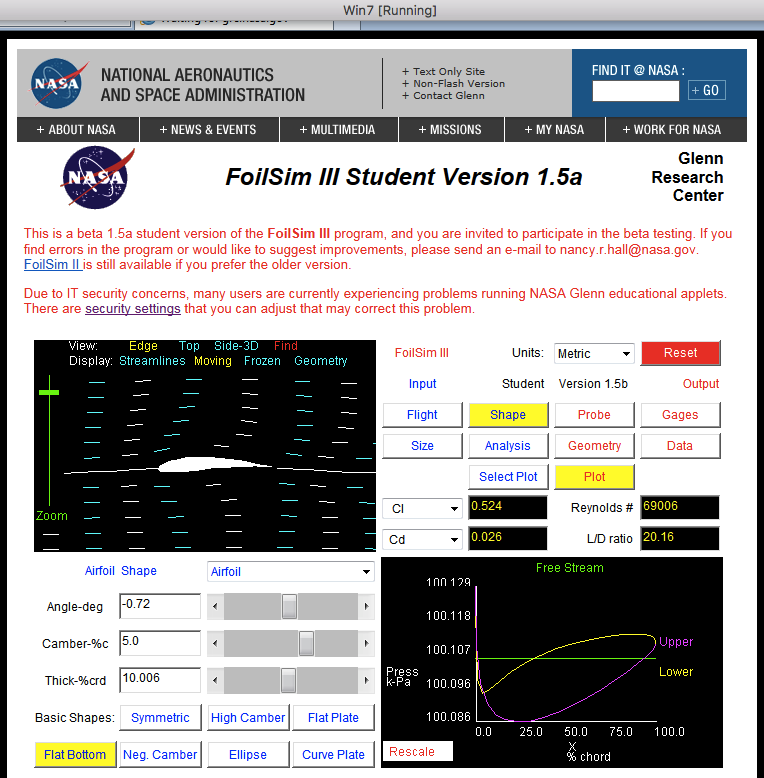 Before messing around with the FoilSim app, just keep the design parameters in mind:

While we’d normally need some sort of weight measurement, I’m going to consider 1.5kg as a good starting point (for batteries, solar cells and wing body) considering a miniature version of our plane. At the end of this exercise, we’ll consider whether this is a meaningful number or not — but let’s not let that hold us up for now.

Here’s what we expect to get from FoilSim:

While messing with FoilSim, I learned a few things that I really should clarify: 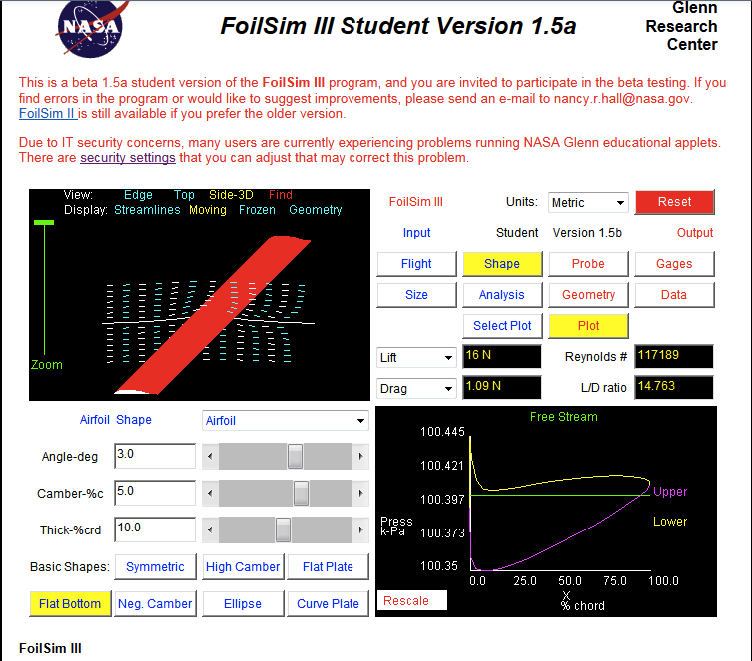 Ended up looking somewhat similar to this glider airfoil, even though I just messed around with alot of knobs until I found the results I was looking for. If I knew how to simulate the simulator, I could write a loop to test ranges of values and programmatically find the most desired result. Anyway, the results are pretty good (though definitely not the best possible).