Would’ve made more sense to do this at the very beginning, but here goes. It’s good that we still haven’t started building anything so this is still a good stage to take a look at previous attempts made in the Solar UAV space, and to see what we can learn from them.

The previous record held by a small UAV was the 48 hour flight by AC propulsion’s So Long vehicle, designed by Alan Cocconi. The flight took place in 2005, but one thing that’s noteworthy is that they had to ride thermals during the day (with the motor off) in order to stay aloft. That’s like cheating, because you’re not always guaranteed access to thermals — oh well.

What I learned from it

This is a very similar to the project I’m currently working on — a team at the University of Minnesota led by Prof. Nikolaos Papanikolopoulos recently received a $1.5M research grant by the NSF to develop this over the next 3 years.

What I learned from it 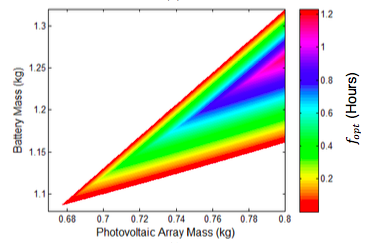